Health above all else: when (not) to fly

The risk connected with flying changes throughout the pregnancy. The best time to travel is the period between the 14th and 27th week. The first trimester is characterised by a bigger risk of miscarriage or foetal harm, whereas after the 27th week, the possibility of giving birth is increasing, which, during a flight, would mean a lack of medical help for the woman in labour and the newborn. Additionally, flying intensifies typical for the third-trimester symptoms like back pain or swelling of the limbs.

In most cases, travelling on a plane is safe for a healthy pregnant woman. But it is important to remember to see a doctor before the flight and describe the purpose and length of the trip in detail. Women who suffer from general health issues or whose pregnancy is high-risk have to remember that air travel is not recommended for them unless a doctor decides that a flight will not cause an exacerbation of the ailments.

Not only medical adversities

Often it is airlines that impose restrictions on flights for pregnant women. Before buying a ticket, it is a good idea to check the carrier's regulations, since there are no universal rules observed by all airlines. Usually, the regulations allow for travel up to a certain week of pregnancy and require a written consent from a doctor. A template of such document can be found on the websites of carriers but not only, since forms are also often available at OB-GYNs' offices.

Even the most popular airlines have different policies when it comes to pregnant women boarding their planes. The popular among Poles Ryanair requires a certificate from an OB-GYN after the 28th week of pregnancy. Importantly, it ought to be drawn by a doctor no earlier than 14 days before the flight. After the 36th week, or, in case of a multiple pregnancy, after the 32nd week, flying is not possible.

WizzAir has similar policies. Like its rival carrier, this airline requires a certificate from a doctor after the 28th week of pregnancy, but, unlike Ryanair's policy, it needs to be drawn no earlier than 6 days before the flight. Flying is completely impossible only after the 34th week (32nd for a twin pregnancy).

The LOT airline does not require certificates from pregnant women. However, on its website, we can find a form which has to be filled out by pregnant women after the 32nd week. Lufthansa restricts flights only after the 37th week (28th for a multiple pregnancy). Still, it encourages women to travel with a certificate thanks to which it will be easier to understand the situation and provide proper help in case of complications.

While packing before travelling, it is a good idea to take into consideration a situation where the baby is born before the journey home. A written information from the OB-GYN, a packet with examination results and medical documents or maternity notes make for a kit which can be useful not only at the airport but also if any kind of medical consultation is needed during the journey.

You can never be too careful

Even when a doctor agrees for a pregnant woman to travel on a plane, a long journey (be it on a plane or by other means of transport) entails a discomfort and a risk of medical complications. Limited mobility is connected with the possibility of swelling of the legs and the formation of clots in deep veins. Therefore, one has to be careful to be in the most comfortable position possible during a flight and avoid tiring travels that last many hours. 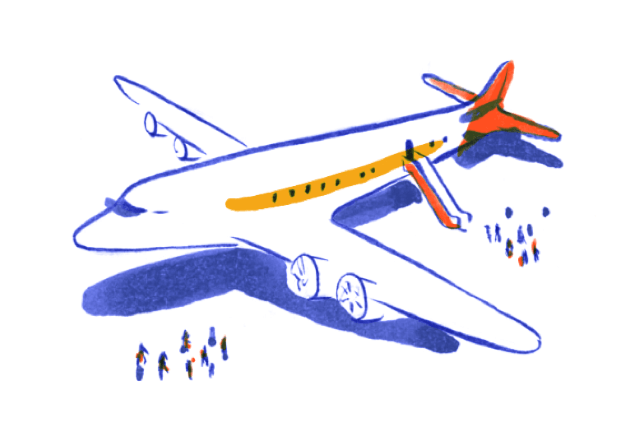